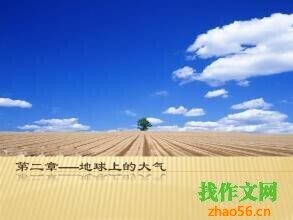 Snow is a wonderful thing. Snow can bring endless fun and excitement, but after the snowflakes fall in the sky, it ushers in a troublesome but with a trace of joy and fun of snow sweeping.

The snow in 20XX came very early. Just a few days after the Spring Festival, the first snow in 20XX came. In the evening, I went through the window and found a vast expanse of white everywhere. The snow is falling, the trees are full of white flowers, the snow on the ground is thick, loose and soft, like a white carpet on the earth. I exclaimed excitedly, "ah! It's snowing This weather forecast is really accurate. When the snow stops, we can make snowmen and have snowball fights. Great!

Until the third day the snow finally stopped, I quickly dressed, rushed out of the house, ran downstairs. As soon as I stepped on the edge of the snow, I slipped to the ground. It hurt me so much that I bared my teeth. I got up and limped to the corridor. As soon as I was about to sit down, an idea came into my mind: I just stepped on the snow, and then I slipped. If other people are not careful, they will fall. Why don't I sweep the snow? I took shovels from home and began to work left and right. After a while, I panted and felt hot all over, thinking: really tired! Let's take a break. However, I looked back and saw that I had only shoveled three or four meters. I bowed my head and did it without saying a word. After a while, the neighbors' uncles and aunts, parents also joined the ranks of snow sweeping. With more and more snow piles on the roadside, more and more high, clean roads appeared. Soon, with everyone's efforts, the snow on the main roads of the community was cleared. At this time, I felt a dull pain in my hands, which had been blistered. I quietly back home, and then look from the window, we opened up the road, has been the vast expanse of snow cut into two pieces.

Looking at the uncles and aunts briskly walking on the path we opened up, I felt infinitely happy, extremely comfortable, and the pain in my hands was much lighter. In the process of sweeping snow, everyone's smiling faces and happy laughter gradually dissipated in the vast white snow.