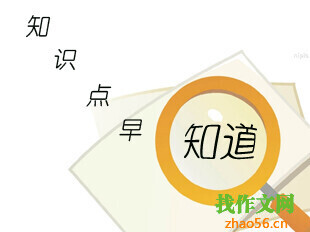 Some people say that forgetting the past is betrayal, but now, does our traditional culture still have room for its survival and development? When traditional culture is gradually annihilated by the breath of modernization, when Chinese traditional festivals are applied for World Heritage by foreign countries, when folk art can only be found in encyclopedia or exhibition hall, when more and more young people do not know what Tanabata is, we should not reflect on its use What can prove my splendid civilization of nearly 5000 years? Shouldn't we reflect on what we have forgotten? Shouldn't we reflect on what we buried ourselves?

It is a popular saying in the shadow puppet industry that "one mouthful of things is done for thousands of years, and millions of soldiers are dancing with both hands.". Shadow puppet originated in the Warring States period and flourished in the Han Dynasty. However, in today's era when television and computers are popular, who has seen the difficulties in making shadow puppets and who knows the bitterness behind artists? I'm afraid people's understanding of shadow puppets is limited to a kind of gadget with both hands.

In order to attract tourists, man-made scenic spots have become a common problem all over China. As a result, the terracotta warriors and horses with thick eyebrows and big eyes emerge one after another. The former residences of historical celebrities have been changed into cafes. The hometown of Liang Zhu has been contested. Even Ximen Qing, who has been criticized for its reputation, has been competing to develop the so-called "hometown of Ximen". It is not difficult to find that in order to cater to the public, Chinese people can't wait to throw away history. It seems that traditional culture must give way to modernization. However, Notre Dame de Paris still stands on the Seine River. With its simple and elegant architectural style and solemn statue of Jesus, it shows the world the splendid French architectural art.

It takes a year or more for a good bow to be made, while thousands of ordinary or inferior bows can be made in just a few months. Therefore, in order to improve efficiency, people forget the ancestral motto of excellence; in order to obtain profits, people forget to treat others with integrity. At present, how many people are willing to pursue the ultimate perfection, how many people stick to the integrity, and how many people still remember the ancestral precepts left by their ancestors? Looking back at France, a small square was built in three or four years, and the soil excavated in order to lay pipelines was meticulously classified.

"The sound of drums and drums, the sound of painting horns, aroused me to break the gate of heaven." Beijing opera's majestic atmosphere, natural and unrestrained, is really memorable. Now, Peking Opera, the quintessence of China's traditional opera, is gradually forgotten. Under pop music, people's ears are no longer "intoxicated with tobacco" or "the storm outside the spring and Autumn Pavilion, where the sad voice breaks the loneliness". Where should our national quintessence go?

Zimmer said: "standing on the ruins and ruins, people can realize that no matter how strong human culture and spirit are, the power of time and nature is irresistible. Compared with the eternal space and time, human beings are just a drop in the ocean, so tiny. " This is true for the ruins and heritage, as well as for traditional culture.

For the traditional culture, we should remember the wine in the cup of banished immortals, Zhou Dunyi's lotus in the pool, Li Yu's worries in the water, and Cao Xueqin's tears in his dream, so as to inherit the traditional culture. The dream of Floating Life in the vicissitudes of life has been vast for 5000 years. We should not forget the heavy traditional Chinese culture, which is the root of our nation.