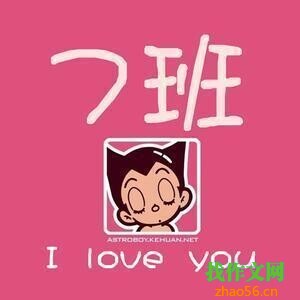 My father and I sat opposite each other in front of a simple chess board.

At the beginning of the chess game, I did not give in and pressed him step by step, hoping to suppress my father with a fierce style of chess. But the father does not eat this set, facial expression does not change, Gu Jing Wu Bo, the hand then blocks. I don't accept, bicycle with artillery in my father's camp, arrogant. My father still looks like a mediocre move, but he can always defuse my offensive, making me in a dilemma.

"Do you just hide?" I can't stand tunnels.

"Sometimes hiding is a kind of skill," his father said slowly

My father and I had a ten minute stalemate on the chessboard, and it was too late to win. It's getting on my nerves. It's really deceiving. I thought that I played an invincible hand in my class. I was nicknamed "Prince of chess". How could I play such an unyielding game.

At this moment, his father unexpectedly pushed the veteran out.

You know, I can't wait to get up and slap me. As we all know, in chess, as long as you eat the opponent's veteran, the outcome can be determined. My car has been circling around my father's base camp. God help me. I looked at my father and said, "do you want to give up?" The father turned his mouth, shook his head, and did not speak.

You hum, you're still mystifying when you're dying. I'll take your head!

You can see that I mention the car, like Zhuge Kongming attached to the body, a king in the world, strategical temperament. PA, general I yelled.

"What?" I suddenly had an ominous premonition.

"Watch it." Father gently moved the chess pieces, "anti will."

You are quiet, as if you come to another world, only the sound of raindrops hitting the ground.

You are too fast, father this seemingly insignificant move, but I have no way to go.

- - his father sighed softly and said, "you are going down too fast. Although you are very fierce, once the offensive is gone, the rear camp will be full of flaws and vulnerable! My purpose of pushing out veteran is to make you careless. Haven't you noticed your situation all the time

"So you thought about how to deal with me from the beginning?"

"Ha ha, you can say that. In fact, it's the same as being a person. You have to look back more while you are moving forward, so that you can find and make up for your shortcomings. As long as we have laid a solid foundation, it will not be a problem how far we will go in the future. You're so proud recently, "chess prince."

"Well, how do you know my nickname?" I was even more surprised.

"Ha ha, I don't know anything. If you want to ask, ask your classmates. " My father said with a smile.

You're still going too fast. I took a deep breath and said, "I lost."

-- my father stood up, patted me on the shoulder and said, "take your time. You still have a long way to go."

The rain stopped and the air was so fresh. ?