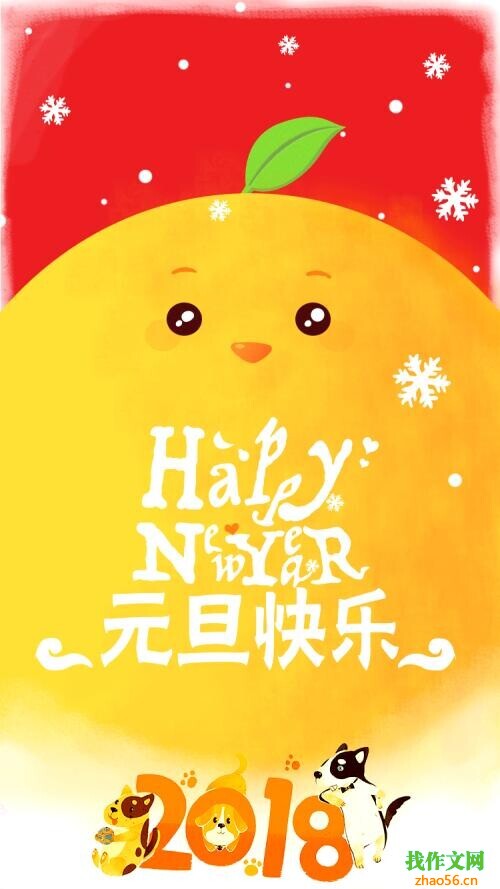 Today, we celebrate the new year's day. Because this is the last New Year's day that we had in primary school, we all showed our skills, which was amazing.

The program is colorful. There are flute, saxophone, Hulusi, Allegro, magic performance, comic dialogue, songs and so on.

Wu Yao began to play the flute. As soon as he played the exquisite flute, the noisy students suddenly became quiet. Listen quietly. The sound of the flute is cheerful and melodious. At first, the sound is very small, which makes people feel quiet. Then it suddenly reaches the climax, which makes people feel excited and happy. Wu Yao blew, we listened, completely silent in the kingdom of music, as if to see a thick forest in my mind, the music is permeated with a smell of flowers. All of a sudden, the forest disappeared. In front of us was a turbulent sea. The sound of sea flowers beating rocks could be heard everywhere, and the rumbling sound echoed. All of a sudden, there was nothing left. We took a close look and it turned out that Wu Yao had finished playing. All of a sudden, the whole class responded with overwhelming applause, which lasted for a long time. Yes, Wu Yao plays the flute so well, who can not be moved by it!

It's my turn to perform magic - "wonderful cards." I asked a member of the audience to draw a card and remember it. Then I began to look for it. Finally, I found the card. The whole audience was shocked by my performance. After a quiet moment, there was a roar of applause, all of which expressed their surprise.

Later, he did not perform some skits "Sima Guang smashing the VAT", which made the audience laugh. Some people also told a story about the grass boat "deceiving" the arrow, which made us understand a lot of knowledge, and also performed the story drama Jingke stabbing Qin, etc., which were very wonderful.

What a happy day! The school will hold a garden tour

When we went to the playground, they all began to play games. I immediately ran to the bead game to line up. After a while, it was my turn. I settled my mind. I put my hand into the bag and grabbed it. The blue bead seemed to be against me. I didn't catch the blue bead after five times. It's time for Guo saiying. I saw that she even grabbed two blue beads Pearl. Guo saiying was overjoyed. Other people who didn't touch the beads hung their heads and lost their faces

I went to take part in the candle blowing game. I took a deep breath and blew out four candles with the strength of sucking. Li Hongting said aloud, "Zhou Zhiyun, you are so capable." I said triumphantly, "this little thing is nothing to be surprised about." at that time, my heart was as sweet as honey

I went to participate in the game of touching nose. This time, the teacher chose who to play. I ran over and raised my hand high. I was selected by the teacher. I went in, blindfolded by the teacher, turned three times, and then walked to the nose in my memory. I touched a small piece of cardboard, I touched it. I jumped up with joy

I also played chopsticks, busy people beating drums, I had a great time. Finally, the activity ended in the laughter of the students, and we reluctantly left the activity site