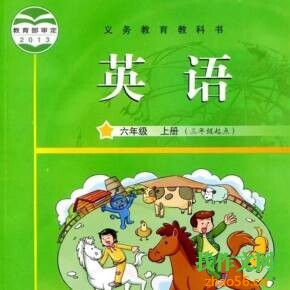 "Oh, my God!" The fisherman exclaimed, "why didn't you tell me earlier?"

"Hush, be quiet. Don't wake them up. They are sleeping soundly."

The fisherman holding the lantern slowly close to the two children, pink face in the flickering light is very lovely. The fisherman quickly turned off the light, because now, it is very luxurious to light a lantern at home. He gave a bitter smile and murmured, "we can always get through it, we can always get through it God bless you, Amen Sonna looked at her husband, packing up the mended sails. She felt a little bit distressed and worried. She also knew that the family would be more stretched out because of the existence of these two little guys, but they would always work hard for them.

Just before dawn, the fisherman got up and changed his clothes and was ready to go fishing. Sanna took out her mended sails and nets and gave them to the fisherman. She put a scarf made of rags around his neck. She was worried and said, "I heard that the temperature has been falling in the past few days when I was on the street selling knitted products. The wind on the sea will cause tsunami. You must be careful! If you can't catch fish, go home quickly! Don't let us worry... " The fisherman picked up the baked black bread from the table and wrapped it in a handkerchief: "don't worry! I'm leaving now. Take care of the children... " Then he opened the door and went out. Sonna watched her husband until her husband and his boat were out of sight.

A fresh sea breeze blew, and Sonna felt chilly in her thin clothes. She closed the door, sat down by the fire, did her work, and carefully weaved the fishing net

When the first light of the morning shone through the skylight on Sonna's slightly red and swollen hands, she raised her head, rubbed her hands, and put several nets woven into a basket made of sisal hemp. She stood up and opened the tent. The children are sleeping soundly. Unable to bear to wake them up, Sanna had to set breakfast on the table, carry her basket and push the fishing net door to door in this small remote fishing village. Because most of the villagers in this small fishing village make a living by fishing, there are not many people who have the money to buy Fishing nets, except when they have to use them. As a result, Sonna returned home at noon, earning only one Gobi and two children's books today.

The dusk is already deep, the ancient clock has struck ten times, eleven times The children are all asleep. Only Sonna, still waiting for her husband to return from fishing. The roar of the waves and the roar of the wind echoed in Sonna's ears again. Sonna was nervous, but it was dark and cold outside

When the bell struck the first time again, the door creaked open. Sonna's hanging heart fell to the ground. She put her arms around the fisherman and said, "Oh, dear, you're back. I'm so worried Did you get anything today? The children are all asleep... " "Well," sighed the fisherman, "I nearly lost my life in a storm at sea today, not to mention the harvest. Even the fishing net was broken like a fish..." "Never mind, as long as you go home! We still have a lot of wheat to make bread. " Sonna took the old net. "I'll make you a new one! This broken fishing net can also weave three or four little shirts that children wear in summer... "